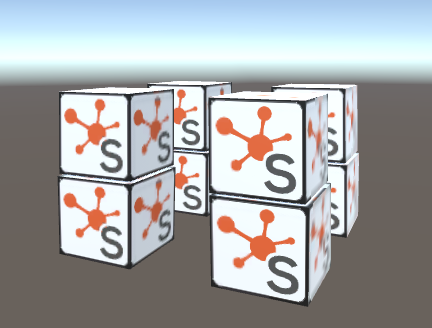 The SOFA Multicore-GPU plugin has been developed to improve the performance of the simulation in SOFA exploiting parallelism and make it available for commercial products.

The plugin enables the SOFA simulation to mix the CPU and GPU parallelism together to fully exploit the power that each of the these components offers and efficiently manages the multi-CPU and multi-GPU architecture.

All the most computationally intensive parts of the SOFA simulation step are efficiently scaled down to all the available CPU cores on a machine and the more intensive floating point computation can be executed on the GPU.

The CPU utilization can increase up to 90%. For example, the simulations of two testing SOFA scenes running on 6 cores machine are more than two times faster.

Around 80% of the SOFA simulation step is parallelized.

Constraints Solver
Each row of the of constraint solver matrix is computed and set up in parallel on the CPU and the most intensive floating point computation runs asynchronous on the GPU.

Topology Change
Some topology changes are performed asynchronous with the physics simulation and as soon as these changes are available they are applied to the next simulation step. 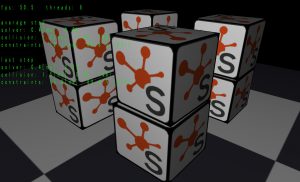 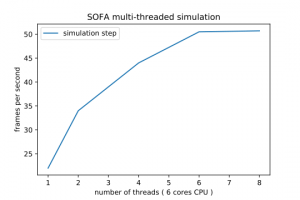