During the different steps of the simulation (initialization, system assembly, solving, visualization), information needs to be recovered from all graph nodes. SOFA relies on an implicit mechanism: the Visitors. You can find the abstract Visitor class in the SofaSimulation package.

Visitors traverse the scene top-down and bottom-up and call the corresponding virtual functions at each graph node traversal. Visitors are therefore used to trigger actions by calling the associated virtual functions (e.g. animating the simulation, accumulating forces). Algorithmic operations on the simulated objects are implemented by deriving the Visitor class and overloading its virtual functions processNodeTopDown( ) and processNodeBottomUp( ).

This approach hides the scene structure (parent, children) from the components, for more implementation flexibility and a better control of the execution model. Moreover, various parallelism strategies can be applied independently of the mechanical computations performed at each node. The data structure is actually extended from strict hierarchies to directed acyclic graphs to handle more general kinematic dependencies. The top-down node traversals are pruned unless all the parents of the current node have been traversed already, so that nodes with multiple parents are traversed only once all their parents have been traversed. The bottom-up traversals are made in the reverse order. 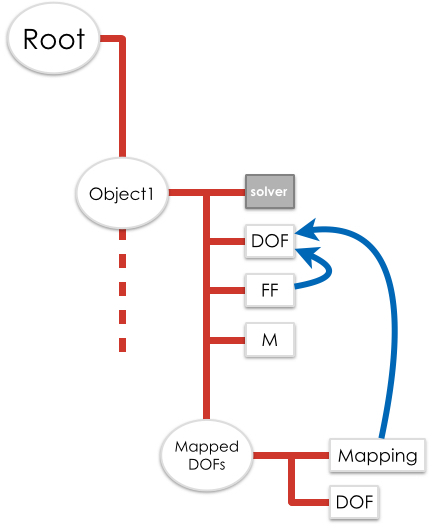 Here is the usual sequence diagram of a SOFA simulation. 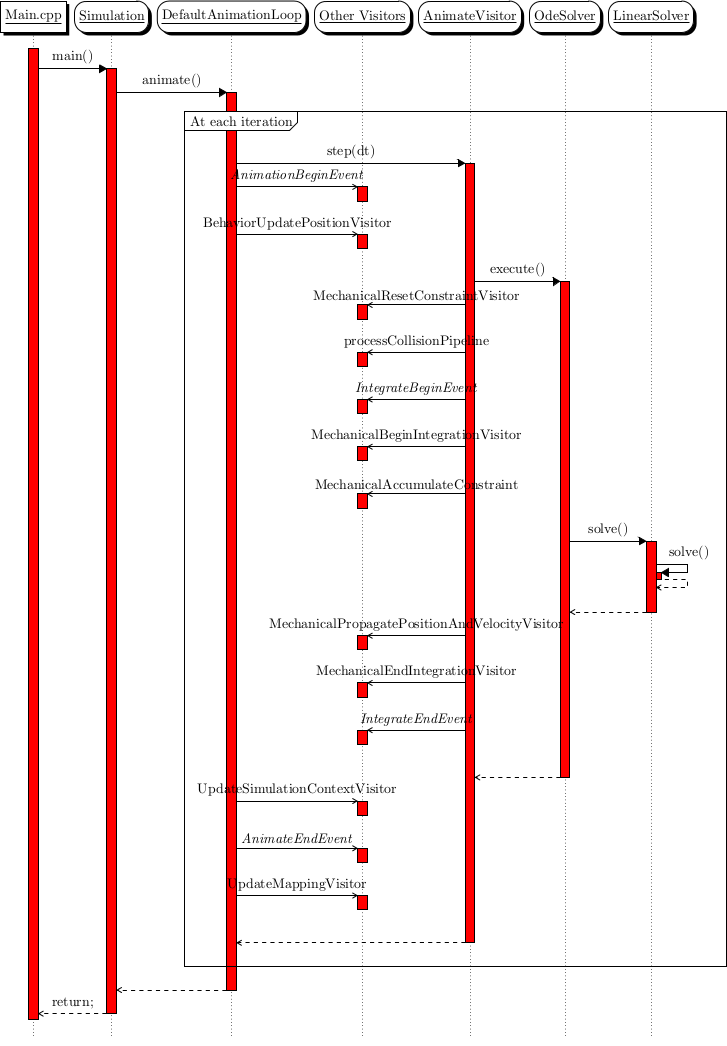