In computer science, most of the computations require a discretization in space of the considered simulation domain. This discretization therefore implies to define the domain as a collection of subsets. Regarding the Finite Element Method (FEM), the domain is divided into small elements. These elements and their connectedness establish the topology. The topology can be used for the computation, the visualization, the collision, etc. It is therefore a transversal aspect of the simulation. 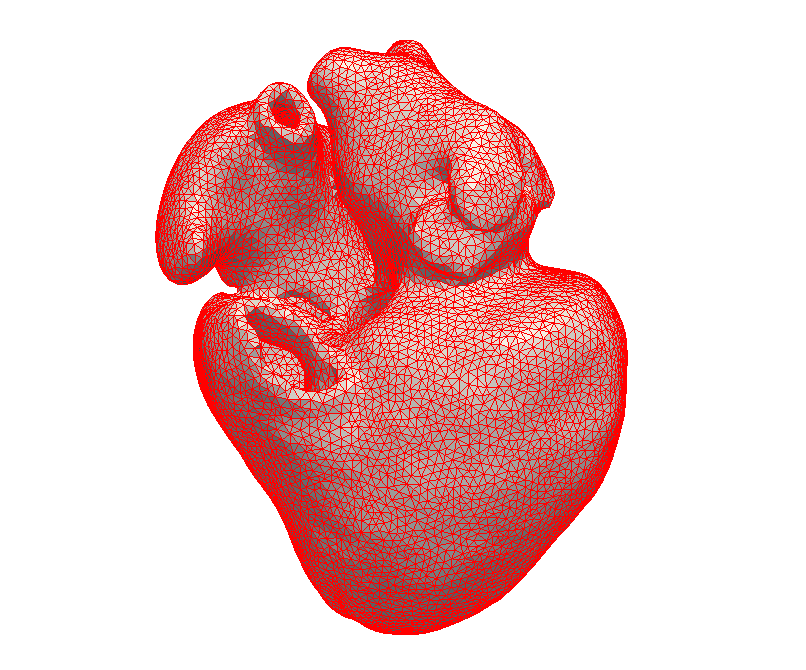 We consider meshes that are cellular complexes made of k-simplices (triangulations, tetrahedralisation) or k-cubes (quad or hexahedron meshes). These meshes are the most commonly used in real-time surgery simulation and can be hierarchically decomposed into k-cells, edges being 1-cells, triangles and quads being 2-cells, tetrahedron and hexahedron being 3-cells. To take advantage of this feature, the different mesh topologies are structured as a family tree where children topologies are made of their parent topology.

When simulating the physics of an object, its topology must therefore be loaded. To do so, many loaders are available in SOFA depending on the format of the loaded file. Among others:

Additional data (translation, rotation and scale3d) are available but it rather advised to use a TransformEngine to apply a transformation to your geometry.

As shown in Fig. 1, these loaders will load the different elements of the topology (if any), namely: the points, edges, triangles, quads, hexas and tetras. These elements need to be saved into a TopologyContainer. This container stores all the topological information in vectors. It indicates how vertices are connected to each other by edges, triangles or any type of mesh element and implements all the related functions (e.g. getTetrahedraAroundVertex(), getTriangleIndex()). There is one container per topological element:

If the topology is uploaded from an .obj file with a topology involving tetrahedra, it would be written as:

Thus, the loader give the tetrahedral information to the TopologyContainer. From this information, the rest of the topology can be recovered, namely the triangles (faces), edges and points.

Algorithms on the geometry

Once loaded, one may want to perform computations based on the geometry. SetGeometryAlgorithms classes are already available in SOFA to access geometrical algorithms (e.g. computeTriangleArea(), isPointInTetrahedron()). The SetGeometryAlgorithms include all geometrical functions specific to the topological elements and also implement the visualization options for this topology (e.g. showing point indices, drawing triangles). One class is implemented per topological element. Thus, it exists:

In the XML scene, we have:

When a topology is loaded in a node of the graph, the child nodes will automatically inherit from the parent’s topology.

Then, the nature of the topological changes can either:

From a topology to another

It is possible to define a mesh topology from another mesh topology using the same degrees of freedom. Again, the mappings make it possible. Mappings can be used either to go from one topology to a lower one in the topological hierarchy (from tetrahedra to triangles), or to split elements (quads into triangles). As usual mappings, forces applied on the slave topology are propagated onto the master one. Both topologies will therefore be assigned to the same MechanicalObject. The existing TopologicalMappings are:

All examples are available in the folder examples/Components/topology/.