CGAL is a C++ library specialized on geometric computations. CGAL is a big project, therefore it is not included natively into SOFA extlibs’ directory. Here is the way to compile it for SOFA using CMake.

With Linux, follow the next steps to install CGAL:

You can now compile CGalPlugin.

With MacOS, follow the next steps to install CGAL:

Note: If you have used the CGAL installer to install GMP and MPFR, it should find the directories for those libraries automatically. If for some reason GMP_DIR and MPFR_DIR are not set, you can direct set them to the appropriate directory. They are both located in your CGal directory under auxiliary/gmp. You can now open your Sofa solution and compile CGalPlugin.

Test your plugin on the examples

You can launch one of the example scenes available from the root (source directory): runSofa applications/plugins/CGALPlugin/scenes/MeshGenerationFromImage.scn This scene takes as input an Image representing a rectangular parallelepiped with 3 different label in the image. The CGAL library allows to mesh the image using different parameters (e.g. element size) depending on the label. The middle zone (blue) has very fine elements, the purple area has medium-size elements and finally the red area includes coarse tetrahedra. The generated mesh can finally be exported. 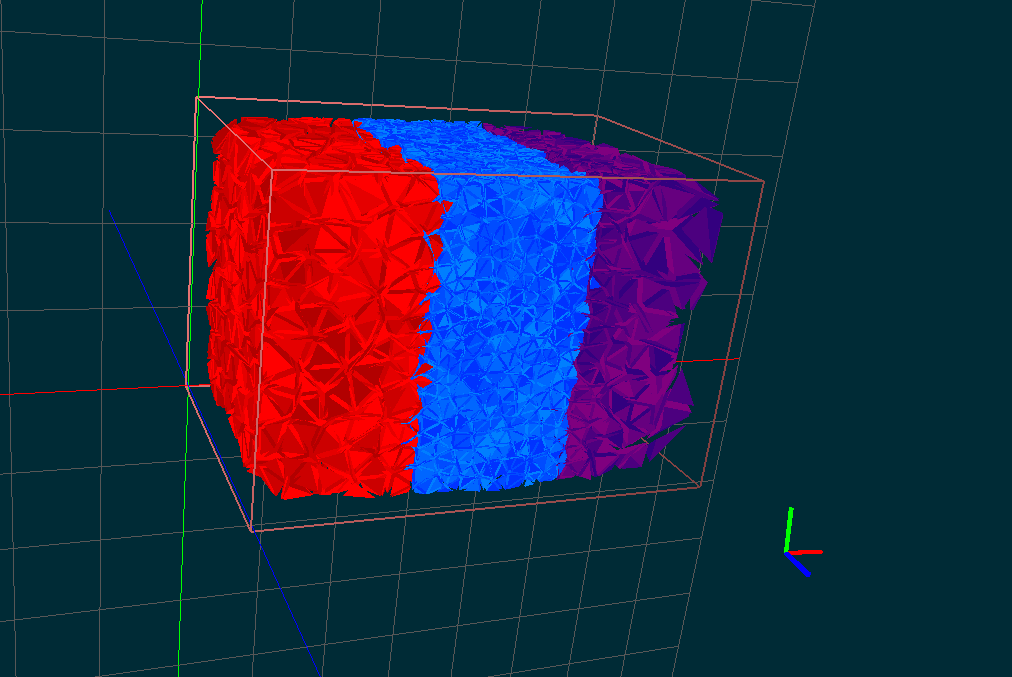