Late 2020, two prizes were announced, both awarding the Inria Defrost team for their simulation achievements in soft-robotics.

The Ernest Dechelle Prize was awarded to Christian Duriez, Inria research director, head of Defrost, a joint research team Inria (joint lab with CNRS, University of Lille, Centrale Lille and IMT Lille Douai). This distinction was awarded regarding his research on modeling and control of soft-robotcs. Christian Duriez proposed a pioneering approach for the control of these robots based on finite element methods calculated in real-time, and on the management of contacts with their environment. It must be added that the Defrost team is one of the greatest contributor to the SOFA project!

A prestigious award for a unique researcher! 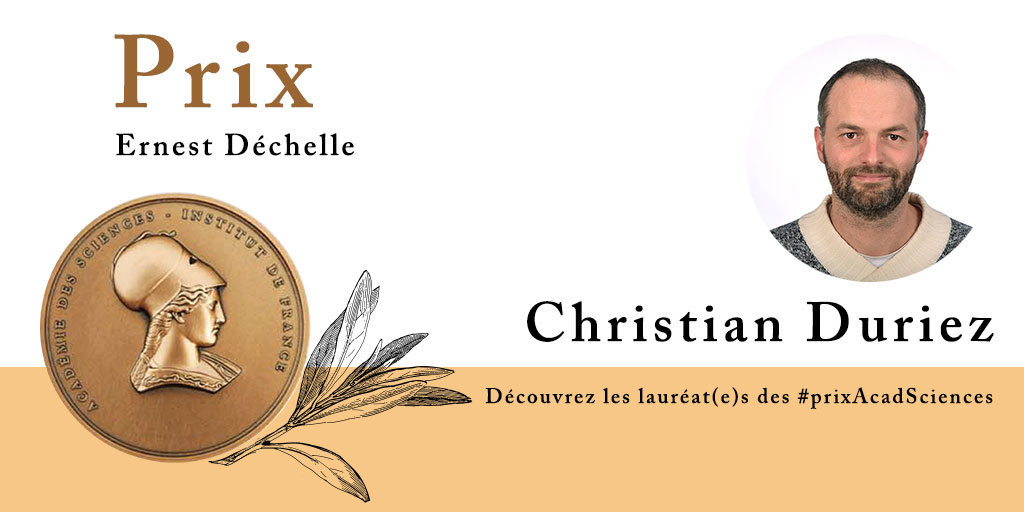 Lately made official, Dr. Eulalie Coevoet was awarded the prize for the best French Phd thesis in Robotics in 2019! This prize highlights especially her work on optimization-based inverse model of soft robots, with contact handling.

Eulalie is a former PhD from the Defrost team and is currently working as a post-doctoral fellow at University of Naples Federico II.

Proud to have such academic partners within the community!